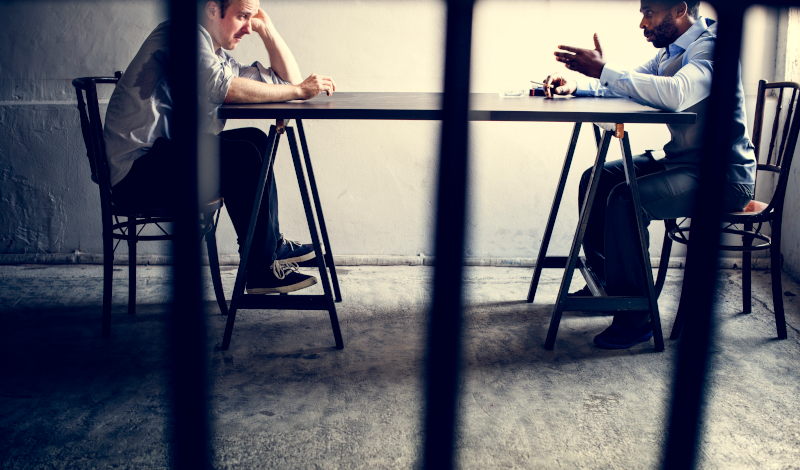 Police investigative interviews are a vital part of the criminal justice process. Proper police interviews can gather evidence against the suspect, exonerate the innocent, or provide closure to mourning victims. Interviews provide valuable insight into what happened and can open doors to why something happened.

Police interrogations are just as important as victim and witness interviews. Interrogations can lead to direct evidence that someone committed a crime, which is why so many defense attorneys challenge the interview in court. If an interview is not recorded, it will likely be challenged in court.

The formal recording of investigative interviews is critical to any criminal case. Here are five other reasons why you should be recording every suspect interview:

Securing and protecting digital evidence has always been a problem. Officers and detectives fear that their digital evidence, which is usually stored on a DVD or flash drive, will become lost, broken, or corrupted. The DVR-type systems many agencies use are notorious for being unreliable, recording choppy or digitizing sound (robot noises instead of words).

Newer police investigative interviewing systems use state-of-the-art technology including Linux-based software, advanced security features, redundant recording and secure hash. Investigators can upload recordings directly to the cloud instead of relying on antiquated devices like DVDs or thumb drives. Cloud-based storage is faster and more reliable than hardware versions. For that reason, the FBI, DEA and many state departments are moving to cloud-based interviewing and investigative software.

An advantage of the newer investigative interview systems is that investigators can turn up the volume after the interview is completed. Volume control is especially important when interviewing traumatized victims, mutterers, or “low talkers” as coined in The Puffy Shirt episode of Seinfeld in 1993.

4. INVESTIGATORS CAN TAG AND MARK FOR QUICK REFERENCE

More importantly, prosecutors use these tags to help build a case for trial. Juries do not like to sit through hours of interviews in court and will forget much of the interview by the closing remarks. Having quick reference to key points in the interview can help juries remember what happened in the sequence that it happened.

Actions speak louder than words. And some of the most damning evidence is evidence caught in between or after the interview. When officers catch officers in a lie, the suspect’s facial expressions and body movements change. How the suspect acts can be more important than what the suspect says. Catching these body movements is critical to cases where strong physical evidence may be lacking.

A good suspect interrogation has long been one of the most valuable tools for law enforcement. Unfortunately, a non-recorded interview does not hold the same value in court as a recorded interview since it can be easily contested. A good police investigative interview system will allow the investigator to build the strongest case possible.