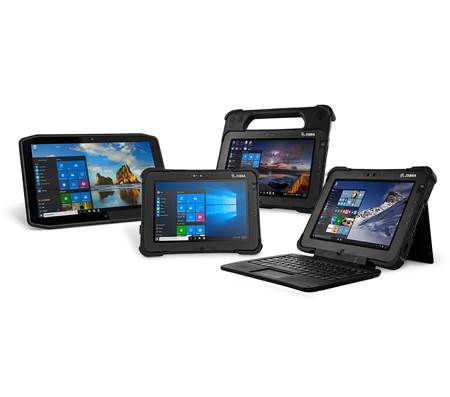 A recent survey shows that laptops may be standard issue, but police officers would prefer smaller, lighter mobile computing tools in the field

A laptop is a portable computer that can be moved from place to place but is typically only used when stationary. A tablet is truly a mobile computer because it is easy to carry and can be used while standing and working anywhere.

For a device to be truly mobile, several key features are needed:

The city of Brenham, Texas, recently reduced its mobile computing costs by 30 percent by replacing its existing fleet of laptops used in city police cruisers with rugged tablets. Officers use these mobile computers for dispatch and routing, as well as for accessing data (like license plate databases) and writing reports. They also have access to the full Microsoft Office suite, along with a GPS-based mapping system.

“Our previous laptops had weight issues, cost issues and just weren’t as versatile as the new tablets,” said Captain Dant Lange, operations commander for Brenham PD. “The tablet form factor is simply easier for the officers to manage.”

The tablets have proved much more convenient for officers to use in their vehicles, Lange says, because they take up less space than the laptops did but still provide a large 12.5-inch display. The tablets can easily be snapped in and out of the docking station, and officers are able to black out the screens of the tablets to safeguard sensitive data.

Officers can use the tablets to message each other via their software applications. The tablets also have an emergency call feature, so if an officer is in trouble or in an accident and can’t access the radio, they can hit an emergency button on the tablet to summon help.

“The touchscreen functionality is much more in line with today’s technology,” Lange said. “Our officers need information as fast as they can get it, and the new tablet, combined with the software we’re running, has made things go faster. That’s helped improve our efficiency and has also made the officers’ jobs easier.”

Officers live in their patrol cars for a 12-hour shift, so it’s nice for them to be able to pull their tablet out, get out of the car, and finish up their reports in the office.