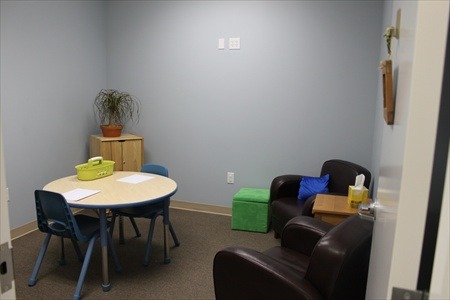 It’s a sad reality; children are victims of terrible crimes like physical and sexual abuse. Children’s Advocacy Centers give kids a safe environment to share their difficult stories.
Monroe County’s CAC has seen an uptick in cases and just moved to a new, larger location on East Brown Street.
In the waiting area, children are greeted with dolls and coloring books. Down the hall, an exam room is decked out in decorations. A few doors down, the interview room is made cozy and comfortable.
“We want this to be a place where they walk in, they immediately see toys, they see games,” says Curtis Rogers, Executive Director of Monroe County’s Children’s Advocacy Center.
Curtis Rogers is Executive Director of Monroe County’s Children’s Advocacy Center, which serves about 165 kids each year.
He explains, “this is a safe place for them.”
Rogers says it can be hard for young victims to share painful memories over and over again with police officers, doctors, lawyers and other officials.
At the CAC, a child chats just once with a specially trained professional.
“They’re taught how to talk to kids in a way that develops a conversation with them,” Rogers explains.
Interviews are recorded in real time and watched live by a team in another room. But the children will never feel pressured, because microphones and cameras are hidden throughout the interview room.
Until two years ago, families and investigators had to drive an hour to the nearest CAC in Scranton, Lackawanna County. In 2015 Monroe County opened its own center in Bartonsville, but the space became cramped.
“We needed more room,” Rogers says.
Rogers says casework continues growing because a law about reporting child abuse has changed, and more people are finding the courage to come forward.

He adds, “we say when they come here they’re victims. But they’re heroes. They’re not just victims.”