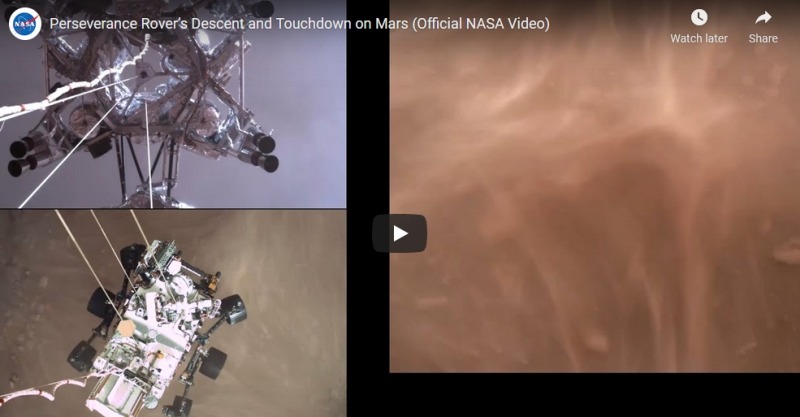 Everyone knows that Precise Digital has the nation’s best video recording system for police, court rooms, interview rooms and  more.

But what about, off the planet?  While we are not providing recording systems outside of Earth yet, we enjoy the leaps in video technology utilized by NASA.

New video from NASA’s Mars 2020 Perseverance rover chronicles major milestones during the final minutes of its entry, descent, and landing (EDL) on the Red Planet on Feb. 18 as the spacecraft plummeted, parachuted, and rocketed toward the surface of Mars. A microphone on the rover also has provided the first audio recording of sounds from Mars.

From the moment of parachute inflation, the camera system covers the entirety of the descent process, showing some of the rover’s intense ride to Mars’ Jezero Crater. The footage from high-definition cameras aboard the spacecraft starts 7 miles (11 kilometers) above the surface, showing the supersonic deployment of the most massive parachute ever sent to another world, and ends with the rover’s touchdown in the crater.