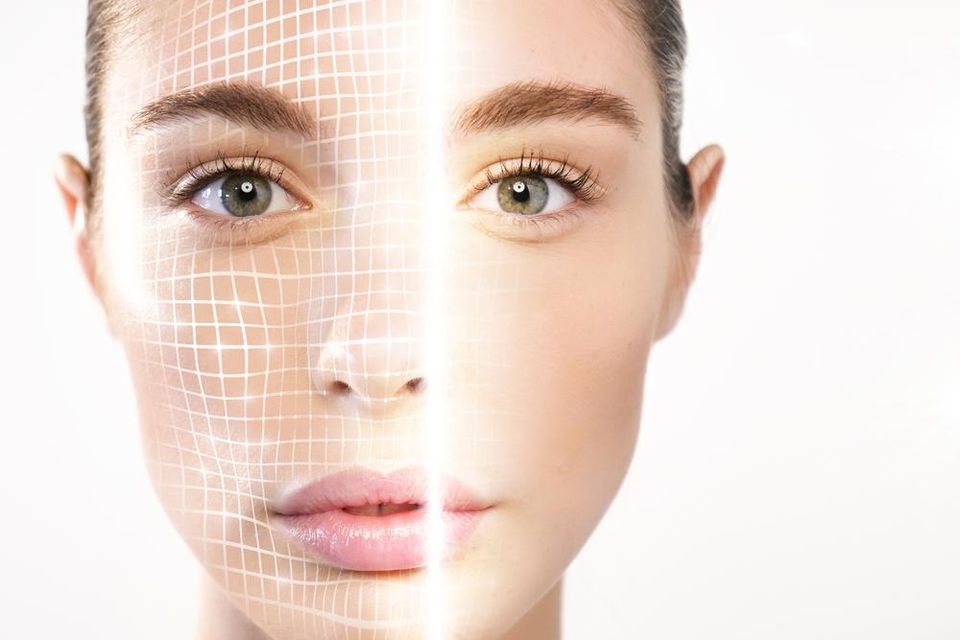 Before acquiring facial recognition technology, agencies should understand what the technology is capable of and how it can be used, including the answers to these common questions.

What is facial recognition?

Facial recognition uses image processing and machine learning algorithms to match a photo of an unidentified person (a “probe” photo) against a database of photos of identified persons. Most face identification algorithms will typically produce a list of possible matches, with each match having a score that indicates the quality or likelihood of a match.

Low resolution, poor lighting, motion blur, glare, off-angle faces (tilted, turned to the side, looking up or down), facial hair, glasses, hats, and other details of the probe photos can challenge algorithms to produce a good match. Advances in technology based on algorithms such as “deep learning,” however, have produced significant gains when processing challenging probe photos. The best systems will likely surpass human capabilities for facial recognition in the near future.

What is face detection?

In face detection, the algorithm attempts to detect faces in an image, without necessarily identifying whose face it is. It may also locate features, such as eyes, nose, mouth, and ears; detect the presence of beards, mustaches, eyeglasses, and hats; and identify gender, race, approximate age, and emotional state. This can be used for many different purposes, including gathering statistics on a large group of people (such as visitors to a building), measuring the reaction of people to a new product, or even determining the possible intent of individuals in a crowd. Many facial recognition algorithms are capable of face detection as well.

What are the law enforcement uses of facial recognition and face detection technology, and how does the public perceive them?

Public perception is an important aspect to consider whenever new technology becomes available to law enforcement. Even though the technology may be perfectly legal when used in appropriate circumstances, lack of information or even misinformation can cause a negative reaction on the part of the public. As a result, it is important for law enforcement decision makers to fully understand the spectrum of possible uses of the technology, as well as how the public may perceive those uses.

The simplest and most common use of facial recognition software is to search a database of known offenders for matches of an unidentified suspect in a criminal incident. A prime example of this is a security camera video image of a suspect shoplifting at a retail store. Detectives confront similar scenarios on a regular basis and often have little evidence to go on other than the video and perhaps an eyewitness who might not remember much. However, it is unlikely that even the best facial recognition system would generate just a single match from a security camera photo. Instead, the system will generate a list of possible matches, and the detectives working the case will need to use standard investigative methods to either rule out or further investigate each match, as they would with any investigative lead.

Facial recognition holds the promise to generate leads on a great many such cases that might otherwise go unsolved. Each case might not be especially high profile, but, in aggregate, these cases represent a staggering amount of criminal activity. Given that, even a modest increase in closure rates would be significant. Shoplifting, for example, generates billions of dollars in losses every year in the United States, where there are estimated to be almost a million “professional” shoplifters operating, including international shoplifting rings.  Stopping even a single shoplifter could prevent tens of thousands of dollars in future theft.

There are numerous other examples of rarer but higher profile crimes, ranging from terrorism to mass shootings to kidnapping cases, in which the only initial clue to the suspect’s identity was a security camera photo. Although the cases are different, the use of facial recognition in these cases is essentially the same: identify an unknown suspect by searching a photo against a database of known offenders.

As facial recognition technology advances, however, other uses may become more widespread. Potentially, these could include the following capabilities:

Many of these capabilities are already a reality today. The key differences between all of these uses come down to two questions:

By comparison, consider some possible uses of facial recognition in commercial environments, which are already a reality today:

• Pay at a fast-food restaurant.
• Automate driver check-in for ride-sharing services.
• Check in for a flight without a boarding pass.
• Automatically identify known customers in a retail store, storing their browsing habits, attention, and estimated emotional state for later analysis.
• Automatically identify known shoplifters or disgruntled former employees in a retail store and alert store security.

While commercial firms do not have the law enforcement powers of government, they also do not operate under the same legal framework or strictures as a government. As a result, they can often engage in practices that would be inadvisable or even illegal for a government entity. Several of the examples above illustrate this point clearly. When considering facial recognition technology for a law enforcement agency—and when answering questions from the public on how an agency uses such technology—it can be useful to understand the extent to which commercial firms are racing far ahead of many governments.

Can facial recognition be used in the cloud?

Finally, as more agencies move to using cloud solutions to reduce costs and improve reliability, it is natural to ask if facial recognition can be done in the cloud. Facial recognition used to require an on-premise deployment on an agency’s own servers, but that is no longer the case. More and more providers of facial recognition software offer their solutions in a cloud deployment, which means that there is no software to install and no servers to manage. The key questions to address are how secure the cloud provider is and what the provider’s stance is with respect to CJIS compliance (in the United States) or applicable regulations in the agency’s country. There are multiple cloud providers today offering facial recognition in a CJIS-compliant cloud environment.

Clearly, facial recognition software has come a long way and can play a critically important role in law enforcement in the future. Therefore, it is essential for law enforcement agencies to take proper precautions, both in purchasing and using this technology.