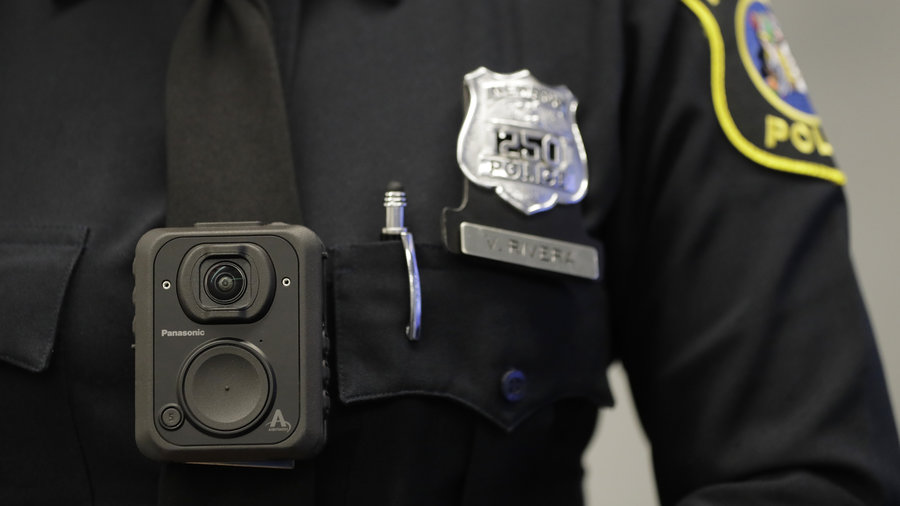 The California state Senate is considering legislation that would ban law enforcement’s use of facial recognition technology in body cameras.

The proposal passed the state Assembly earlier this month and is among a flurry of bills the upper chamber will consider starting next month. Backers of the ban contend facial recognition software is currently faulty and misidentifies people.

Last week San Francisco’s Board of Supervisors approved an ordinance banning facial recognition software by law enforcement and other local agencies. The action requires city departments first to get approval to use surveillance technology, including license-plate readers.

In the East Bay, the city of Oakland is considering a ban on facial recognition technology.

Assembly Bill 1215 would ban the installation and use of facial recognition and biometric scanners statewide in police body cameras, which are widely used by law enforcement agencies across the state.

“Much of it that is being used right now is actually not very accurate,” said Assemblyman Phil Ting, D-San Francisco, who introduced the measure in February.

Ting has been critical of Amazon’s Rekognition facial recognition technology, as have some company shareholders. Amazon investors are set to vote on a shareholder resolution Wednesday at the company’s annual meeting in Seattle that seeks to halt sales of the Rekognition system to government.

Last month, Ting testified to an Assembly public safety panel that the Rekognition “system falsely identified 28 sitting members of Congress as people in a mug shot database, with members of color disproportionately misidentified.” Facial scanning technology also has been criticized for misidentifying women and young people.

AB 1215 is endorsed by a coalition of privacy and civil rights groups, including the American Civil Liberties Union and the Electronic Frontier Foundation. Facial recognition technology already has been used in airports in California and other parts of the country by the federal government.

The California bill passed the Assembly on May 9 with bipartisan support. It still must overcome hurdles in several Senate committees before it can reach the chamber’s floor.

“Without my bill, face recognition technology can subject law-abiding citizens to perpetual police line-ups, as their every movement is tracked without consent,” Ting said. “Its use, if left unchecked, undermines public trust in government institutions and unduly intrudes on one’s constitutional right to privacy.”

But some state lawmakers reject privacy concerns when it comes to the proposed facial recognition ban.

“Individuals, you and me, forgo our privacy when we enter public spaces,” Assemblyman Steven Choi, R-Orange County, said before voting against AB 1215. “The use of biometrics by law enforcement agencies not only places our agencies in a proactive stance in finding known criminals but it also saves the state hundreds of thousands of dollars in time and resources.”

The California State Sheriffs’ Association argues that the legislation would take away tools that could potentially protect public safety and aid in investigations. In addition, the California Police Chiefs Association believes curbing the use of the facial recognition technology could hurt law enforcement’s ability to identify and detain suspects.